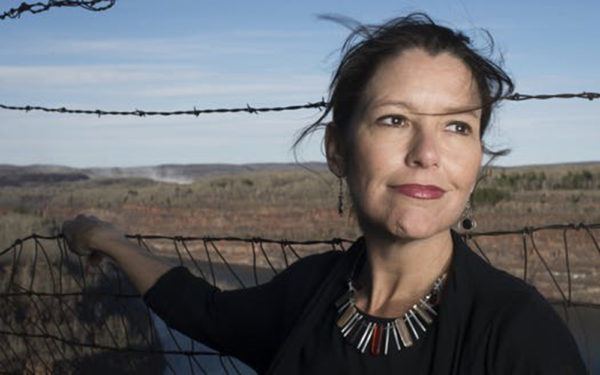 Like many stories of revolution and uprising, Under Ground has passionately-spirited, colorful protagonists and deeply-hated antagonists. It chronicles shootouts at labor rallies, guns transported to and from secret bunkers, fights in brothels, police corruption, xenophobia, and false imprisonment. It features a cast of historical figures including Elizabeth Gurley Flynn, Mother Jones, Big Bill Haywood, and socialist presidential candidate Eugene Debs. It is about courage and consequences. But unlike most novels written about the labor movement in the U.S., this novel is told from the perspective of a strong, immigrant woman, who reminds us that there are things worth dying for, but more importantly, there are things to live for.

Centering on a young woman named Katka, a Slovenian immigrant who gets involved in the Iron Range miners’ strike of 1916, Under Ground is the first novel that we are highlighting as part of our History Revealed series. Inspired by real people and historical events, expertly researched, with a strong sense of place and character, the novel not only covers the strike of 1916, but also labor history, women on the Iron Range and immigration in the early 1900s.

Megan Marsnik is the granddaughter of Slovenian immigrants, the daughter of union activists, and a union member herself. She was born and raised in Biwabik, a small town on Minnesota’s Iron Range settled primarily by Eastern European and Scandinavian immigrants. Marsnik earned her MFA in writing and poetics from Naropa University in Boulder, CO, where she won the Jack Kerouac Award for outstanding prose. She teaches creative writing and philosophy to high school students in Minneapolis. “Under Ground,” her debut novel, is steeped in Minnesota history and is this year’s Star Tribune summer serial.

See the History Revealed 2019 information page for updates and a list of programs.
Or check our Calendar for these and other programs at the Gibbs Farm, and more!