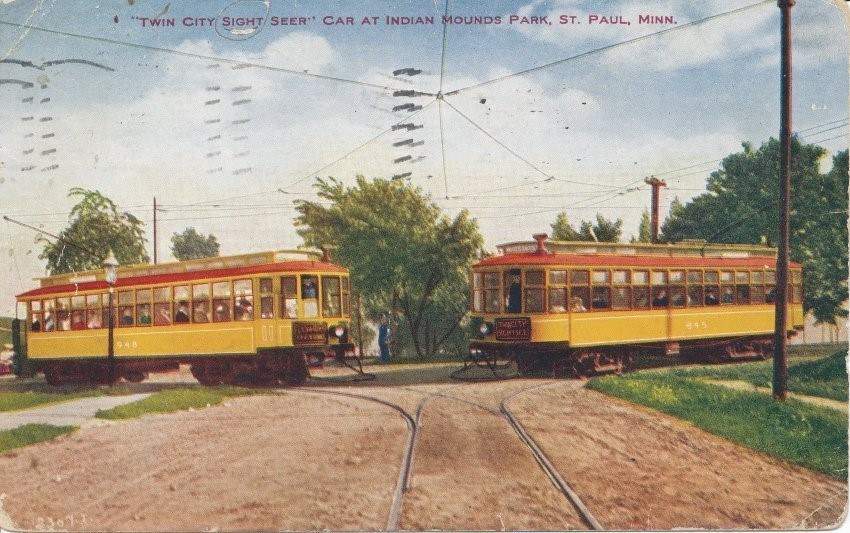 We apologize, but the Thursday, Oct. 24 program at the Roseville Library has been cancelled.

Join RCHS for History Revealed in 2018, featuring the best of local history authors, historians and archaeologists talking about a wide range of topics drawn from the heritage and traditions of Ramsey County.

In 1920 for a nickel fare the 1,100 streetcars of the Twin City Rapid Transit Company carried 238 million riders on a 500-mile system that stretched from Lake Minnetonka to the St. Croix River. With over 4,000 workers it was among the largest employers in the Twin Cities; turning a profit for its shareholders, and regarded as among the finest street railway systems in the transit industry. Thirty-four years later it surrendered to the automobile. Its streetcars were gone, replaced by buses—its assets looted by an unscrupulous management. From streetcars to freeways this is the story of the decline and fall of the late, great Twin City Rapid Transit Company.

John Diers is a writer-historian and the author of two books; Twin Cities by Trolley and St. Paul Union Depot (University of Minnesota Press) and articles on transit and transportation subjects in a number of historical and transportation journals, among them Ramsey County History. He was with the Metropolitan Transit Commission in the Twin Cities and general manager of transit systems in Wisconsin and New York.

Thank you to the Ramsey County Roseville Library for their support of this program.

Article by John Diers, The Force That Shaped the Neighborhoods: 1890–1953: Sixty-three Years of Streetcars in St. Paul and Millions of Dollars in Investments. Published in Ramsey County History magazine, Spring 2005, Vol. 40, #1.
Link to PDF of J. Diers article