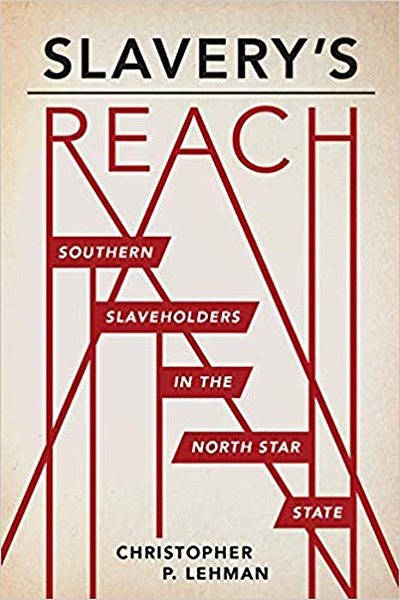 When American slavery was legal, Minnesota’s residents sold real estate to investors who enslaved African Americans in the South. This presentation looks at Minnesota’s communities and institutions that benefited from plantation money, the enslavers who bought the land, and the slaves whose labor made the money for investment possible.

Dr. Christopher P. Lehman is a professor of ethnic studies at St. Cloud State University in Minnesota. He has been a visiting fellow at Harvard University’s Center for African and African American Research. His articles have appeared in Minnesota History magazine, and he is the author of the book Slavery’s Reach: Southern Slaveholders in the North Star State.