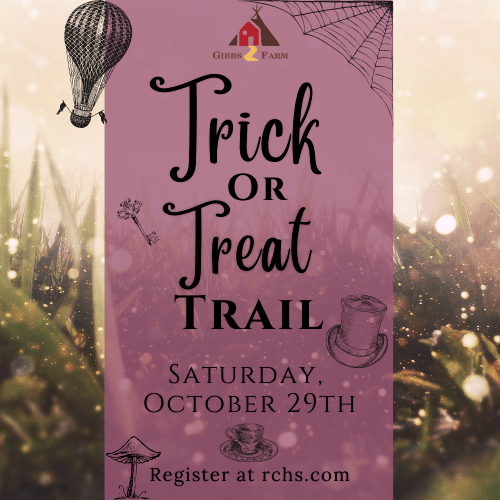 Bhutanese Oral History Project
From Exile to Resettlement: The Voices of Bhutanese in Minnesota

In 2014, RCHS completed phase two of an oral history project developed to record the experiences of Bhutanese immigrants who have recently arrived in Minnesota. From Exile to Resettlement: The Voices of Bhutanese in Minnesota has established a permanent, first person record of the resettlement experiences of some of Minnesota’s most recent refugees, the Bhutanese. Many of the Bhutanese have been living in refugee camps in Nepal since the 1990s after fleeing their native country of Bhutan.

Original oral history MP3 files are available. Please Contact Us at the Collections Dept. for more information and how to access those files.

Devika Adhikari
Devika was born in Bhutan but became a refugee at age four. After spending seventeen years in Timai refugee camp, she resettled in Minnesota in 2008. She currently serves as a board member of Bhutanese Community of Minnesota. She also works as the Assistant Manager for Present Help, Inc.
Dhan Adhikari Dhan was born and raised in Bhutan. Until her family was exiled in 1992, she worked as a farmer with her husband to provide for their nine kids. She spent seventeen years in Timai refugee camp. She has been in Minnesota since 2009 and is grateful for all the opportunities it has provided her family. She wishes to maintain her traditions and hopes that the future generation will too.
PDF of transcript of Devika Adhikai interview

Tika Devi Biswa
Tika was born in Dagana, Bhutan. After losing her mother and all of her siblings to various illnesses, she and her father were left alone to travel to Nepal as refugees. At the age of fourteen, she married Ashok Biswa in the Sanischare/Pathri refugee camp. Tika notes this as the most significant event in her life because it changed her life for the better. Tika lives in Saint Paul, Minnesota with her four children and husband. She is thinking of going back to school.
PDF of transcript of Tika Devi Biswa interview

Dhan Maya Pyakurel
Full of energy, it is difficult to tell that Dhan Maya is ninety-four years old. She came to Minnesota in 2008 with some of her children and grandchildren. Prior to that, she lived in Beldangi I refugee camp in a hut by herself. In Bhutan, she left her parents when she was only five years old and was married. Despite facing hardships as a refugee for more than two decades, Dhan Maya says she has no complaints.
PDF of transcript of interview with Dhan Maya Pyakurel

Pabitra Dhakal
Pabitra was born in Dhaje, Bhutan. During the protests in Bhutan, her husband, then-village headman of Lamidara, was arrested and held captive for eighteen months. She left the country before his release with their youngest son, having sent their older children earlier with other family members. Twenty-two years later, Pabitra lives in Minnesota playing peek-a-boo with her grandchildren.

Gaura Devi Dhakal
Born in Lamidara, Gaura was married when she was eight/nine years old. When she was around 35 years old, her husband passed away leaving her with five children and a widowed mother-in-law and a sister-in-law with special needs. At the time of her exile, one of her sons was arrested while another one was actively sought by the Bhutanese Government. After spending many years in Timai refugee camp, she moved to Minnesota in 2008. Family members happily surround her. Yet she wishes to go back to Bhutan if given the chance.
PDF of transcript of interview with Pabita Dhakal and Gaura Devi Dhakal

Deo Gurung
Deo’s story speaks of pain and of peace resulting from faith. She lived in Imire, Dagana, a remote village that suffered pressure and torture at the hands of both the Bhutanese government and the people outside of Bhutan who were protesting against the government. She left Bhutan with her husband and three children, each under four. In the process, she fell ill. When she gained consciousness after treatment in Nepal, she discovered that two of her children had passed away. Deo embraced the Christian faith while living in Beldangi II refugee camp and credits it for her resilience. She enjoys the quiet of her Minnesotan suburb.
PDF of transcript of interview with Deo Gurung

Phul Maya Tamang
Born in Bhojpur, Nepal, Phul Maya moved to Bhutan for love after getting married to a Bhutanese man at the age of 22. Since her family’s exile in early 1990s, she identifies as a Bhutanese refugee. Phul Maya is happy to be in Minnesota where she practices Buddhism while worshiping multiple Hindu deities.
PDF of transcript of interview with Phul Maya Tamang

The Caste System and Bhutanese Refugees
By Richa Sharma

Bhutanese refugees follow a complex caste system that impacts their social relationships and behavior. It provides structure to their society, dividing it up in four separate castes and assigning roles accordingly. The benefit of a set structure is however overshadowed by the obvious side effect of a hierarchical society. Some people exercise more privilege and power than others.

The four castes or varnas are:

1. Brahmin (Bahun) – commonly known as the priestly caste. They are the intellectual and spiritual leaders. Some professions designated to this caste are priests, scholars, and educators.
2. Kshatriya (Chhetri) – the soldiers, governors, and kings. They are administrators with a knack for organizing people and projects in ways that maximizes the available talents.
3. Vaishya- merchants, farmers, and artisans. They are usually wealthy but their status as a lower caste restricts them.
4. Shudra – hired hands, unskilled laborers, and service providers.

These castes have several subcastes or jatis. A person’s family name indicates in which he/she belongs. Historically, the caste system greatly limited the interactions between members of different castes. People did not visit each other’s homes, pray together, or share meals. Inter-marriages were forbidden.

Now, the caste system is not as observed in the Bhutanese refugee community as in the past. Some members of the community such as the elderly might still be attached to some customs. For example, a Brahmin might refuse to eat food prepared by a person of lower caste. Overall, the community is becoming more relaxed in its observance of the system.

Where do people of other religions fall in this system? Many Bhutanese refugees are not Hindus. As Buddhists, Christians, or any other religion-practitioners, they are not considered within any of the varnas. Their status as outsiders is duly noted and respected, especially in the resettled areas.