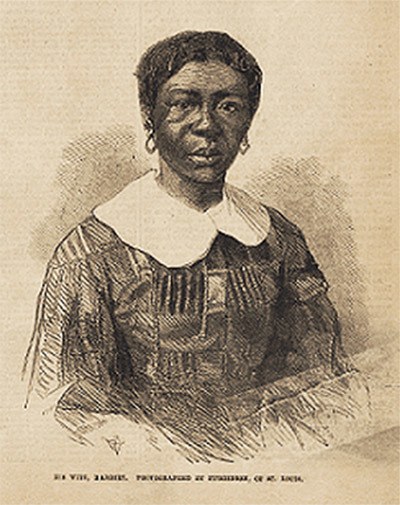 In partnership with the East Side Freedom Library and the Roseville Library.

Live presentation on Zoom
Register in advance for this meeting, register on Zoom here. After registering, you will receive a confirmation email containing information about joining the meeting.
For questions, please email events@rchs.com

Scholars of institutionalized racism have used the term “settler colonialism” to characterize the development of the United States — and many other countries. While this has been a useful concept leading to the asking — and answering — of productive questions, it has often, perhaps too often, been deployed at a level of abstraction that seems remote from the ways that indigenous people, white people, immigrants, and African Americans have lived their lives and interacted with each other.

Jane Henderson’s research engages the conversation around American slavery in the North within the framework of the expansion of the U.S. nation state through the frontier.  Fort Snelling, the first white American settlement in the Minnesota territory, was also the site of the first Black community in the state.  Henderson’s research draws on letters of prominent military officials, merchants, and others involved in “Indian business.”  She probes the letters and records of Lawrence Talliaferro, an Indian agent for the Federal Government tasked with administering  annuity payments to Dakota and Ojibwe peoples, in exchange for claims to their land.  Talliaferro was one of the largest slave owners in the Minnesota territory.  Henderson uses these sources to trace the life of Harriet Robinson, who was owned by Talliaferro and held at Fort Snelling. In 1836/37, she met and married Dred Scott, who 20 years later would earn a place in history by suing for his freedom, his case reaching the U.S. Supreme Court.  Henderson uses Harriet (and Dred) Scott’s lives not only as pathways into reconstructing the lives of enslaved women and men at Fort Snelling but also to illuminate the shifting political economy of the region from centering the fur trade toward an economy based on the commodification of land, the commercialization of trade, and the exploitation of labor, both enslaved and free.  Her presentation, while centered on the previously little told story of an individual enslaved woman, will raise important questions about the relationships between U.S. militarism, slave labor, genocide, and emancipation on the frontier.

Jane Henderson grew up in the Twin Cities before earning a BA in Ethnic Studies and Spanish at the University of San Diego. She is a PhD candidate in the Department of Geography at UC-Berkeley, and she has returned to Minneapolis to research her dissertation on Black place-making in Minnesota.

The Ramsey County Historical Society, in partnership with the East Side Freedom Library, the Ramsey County Roseville Library and other community organizations, will present a series of programs and events during 2022 that will center on the experiences of indigenous people, African Americans, and immigrants in Ramsey County from the 1800s through the current day, Making Minnesota: Natives, Settlers, Migrants, and Immigrants. These programs focus on the too often lost, erased, forgotten or misrepresented histories and stories of Ramsey County and the state of Minnesota. We expect these presentations to enrich and complicate our understanding of the development of the county and the state that we call home.