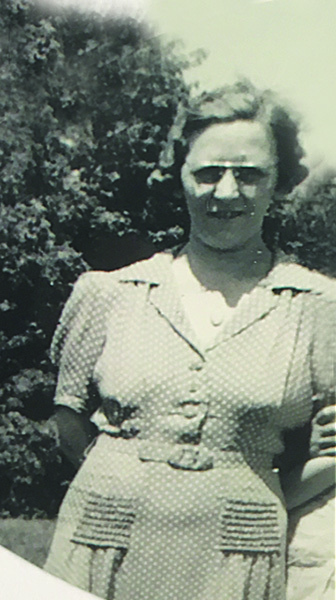 Clara Anderson: A Woman’s Fight to Save Her Job in the Face of Discrimination
John Guthmann

After registering, you will receive a confirmation email containing information about joining the meeting.
The presentation will be recorded.
For registration or other questions, please email events@rchs.com

“Bartenders Wanted: Women Need Not Apply.” In the early 1940s, Clara Anderson worked as a bartender at a local hotel until the St. Paul City Council enacted an ordinance barring women from working behind the bar once men returned from World War II. Rather than lose her job to a man, Anderson went to court. Her battle lasted three years and involved one tenacious lawyer and nine judges along the way. Ramsey County Chief Judge John Guthmann accidentally discovered this long-forgotten case when conducting research for a judicial portrait dedication at the Ramsey County Law Library. Intrigued, he wanted to learn more about this feisty woman. Using court records, family stories and photographs, and newspaper accounts, Guthmann brings Anderson’s story and her fight against discrimination to life.

John H. Guthmann is a former Chief Judge of Minnesota’s Second Judicial District and a member of the Ramsey County Board of Directors. He graduated from Cornell College in Mount Vernon, Iowa, with a double major in history and political science, and received his JD from William Mitchell College of Law. After clerking for Minnesota Supreme Court Justice Robert Sheran, he spent twenty-seven years in private practice until his appointment to the bench in 2008.

Image: Clara Anderson, sometime between 1941-1943, when she was about 33-35 years old and working as a bartender at the Frederic Hotel during the war years. Photo courtesy of Monte Anderson.