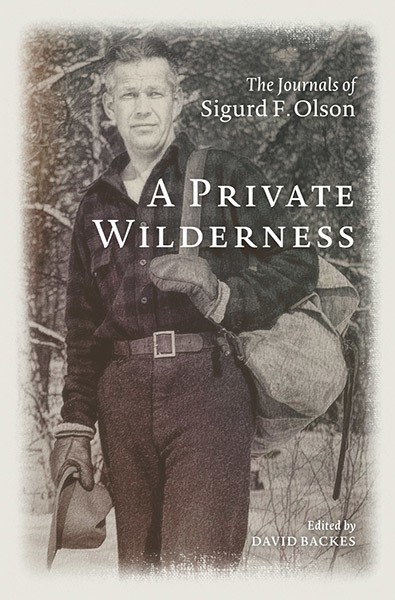 A Private Wilderness: The Journals of Sigurd F. Olson
with David Backes

Live presentation on Zoom
Register in advance for this meeting: Registration Link
Registration is limited. You will receive a confirmation email after registering.
For registration or other questions, please email events@rchs.com

David Backes will share the personal diaries of one of America’s best-loved naturalists, revealing his difficult and inspiring path to finding his voice and becoming a writer. Written mostly during the years from 1930 to 1941, Sigurd F. Olson’s journals describe the dreams and frustrations of an aspiring writer honing his skills, pursuing recognition, and facing doubt. Author of Olson’s definitive biography, editor David Backes brings a deep knowledge of the writer to these journals, providing critical context, commentary, and insights along the way.

Few writers are as renowned for their eloquence about the natural world, its power and fragility, as Sigurd F. Olson (1899–1982). Before he could give expression to The Singing Wilderness, however, he had to find his own voice. It is this struggle, the painstaking and often simply painful process of becoming the writer and conservationist now familiar to us, that Olson documented in the journal entries that Backes gathered.

Written mostly during the years from 1930 to 1941, Olson’s journals describe the dreams and frustrations of an aspiring writer honing his skills, pursuing recognition, and facing doubt while following the academic career that allowed him to live and work even as it consumed so much of his time. But even as he speaks with immediacy and intensity about the conditions of his apprenticeship, Olson can be seen developing the singular way of observing and depicting the natural world that would bring him fame—and also, more significantly, alert others to the urgent need to understand and protect that world.

When Olson wrote, in the spring of 1941, “What I am afraid of now is that the world will blow up just as I am getting it organized to suit me,” he could hardly have known how right he would prove to be. It is propitious that at our present moment, when the world seems once more balanced on the precipice, we have the words of Sigurd F. Olson to remind us of what matters—and of the hard work and the wonder that such a reckoning requires.

Sigurd F. Olson introduced generations of Americans to the importance of wilderness. He served as president of the Wilderness Society and the National Parks Association and as a consultant to the federal government on wilderness preservation. He earned many honors, including the highest possible awards from the Sierra Club, the National Wildlife Federation, and the Izaak Walton League. The first of his many influential books was The Singing Wilderness (1956; reprint available from Minnesota). 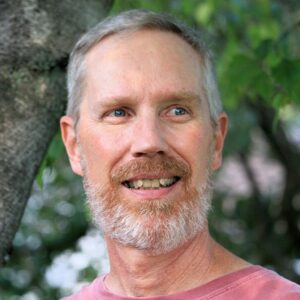 David Backes is author of A Wilderness Within: The Life of Sigurd F. Olson and editor of Olson’s The Meaning of Wilderness: Essential Articles and Speeches, both from Minnesota. In 2015 he retired as professor of journalism and mass communication at the University of Wisconsin, Milwaukee.